How Supermarkets Can Benefit From Air Doors: A Complete Analysis 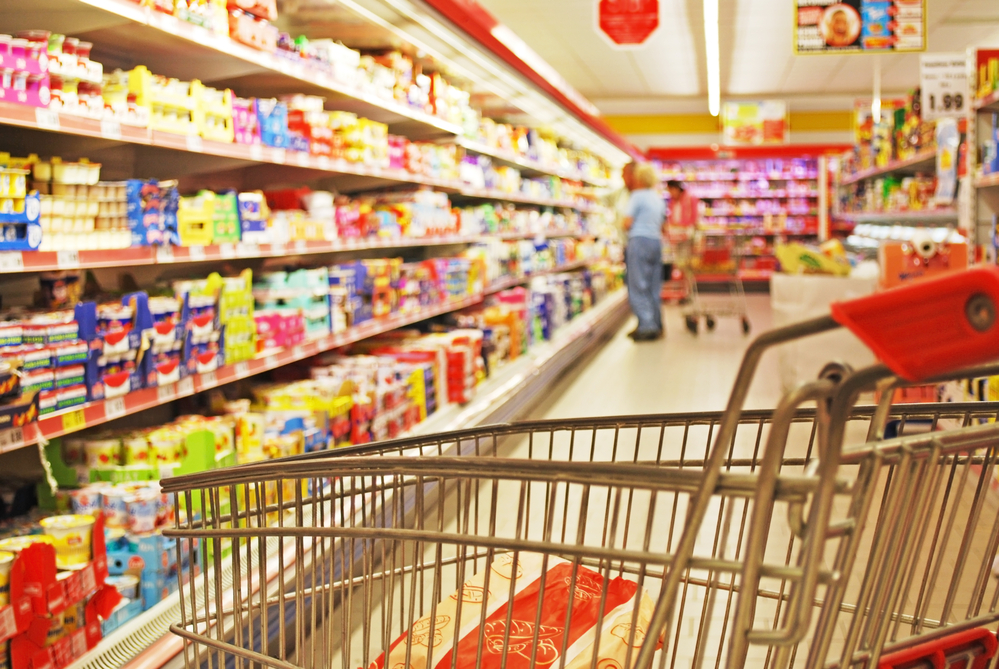 Shoppers appreciate the comforting flow of warm air when rushing into a store on a cold winter day. They often, however, overlook the other benefits that air curtain or air doors contribute to their overall comfort and health once inside the store. Air curtains or air doors also known as fly fans offer several economic and health advantages for business owners. Below, we provide a complete rundown on how supermarkets can benefit from installing and operating air curtains.

The American Society of Heating, Refrigerating, and Air-Conditioning Engineers (ASHRAE) defines an air door as “a continuous broad stream of air circulated across a doorway of a conditioned space. It reduces penetration of insects and unconditioned air into a conditioned space by forcing an airstream over the entire entrance. The air stream layer moves with a velocity and angle such that any air that tries to penetrate the curtain is entrained.” ASHRAE goes on to mention that “air curtain effectiveness in preventing infiltration through an entrance generally ranges from 60 to 80%.”

By creating an invisible air barrier over the doorway, supermarkets and other large buildings can efficiently separate two different environments without having to close the door physically. Furthermore, because air curtains recirculate the already conditioned air from inside a building, they are widely considered to be energy-efficient devices that can enhance the thermal performance of a building.

The most obvious benefit of air curtains is that they create a barrier between two environments of differing temperatures. For supermarkets, however, there are several other advantages that can benefit business owners, managers, other employees, and the customers inside the stores.

As any business owner probably knows, getting the customer inside the doors of your business is half the battle. Once inside, the probability of converting that customer into a sale increases monumentally. However, there are many times when extreme weather compels businesses to shut their doors. How many times have customers driven by a business with closed doors and mistakenly assumed that the store was closed, despite the operating hours being visibly posted on the doorway? Put simply, open doors translate into more customers, and more customers directly means increased sales margins.

Air curtains allow businesses to maintain the doors of their businesses open, even during the heat of summer, the rains of spring, and the bitter cold of winter. The blast of conditioned air creates a physical barrier that reduces heat transfer between the outside environment and the controlled climate within the building. Thus, the open front doors can attract customers without translating into enormous heating and cooling costs.

Lastly, by leaving the front doors of your business open, supermarkets can also create more accessibility for people with special needs, such as customers in wheelchairs, mothers with baby strollers, and others. This increased accessibility not only shows that your business goes the extra mile to care for people with special needs but also increases your potential customer base.

Air curtains and air doors also offer energy savings on heating and cooling bills. Unlike HVAC equipment, air curtains do not create warmed or cooled air, but instead, draw the interior air from the building and discharge it through nozzles or vents over a doorway. Some air curtain technologies do allow for temperature adjustment, which can be helpful in areas where extreme outdoor temperatures are commonplace. The non-turbulent air stream is adjusted so that the air is pushed down to the threshold of the door opening.

The curtain of conditioned air, then, creates a barrier than limits heat exchange between the outdoor and indoor environments. If, for example, supermarkets were to simply leave their doors open without the use of an air curtain, the losses in energy efficiency would translate into enormous heating and cooling costs. In fact, one recent study published by the Air Movement and Control Association International (AMCA) found that “compared to the vestibule door, the air curtain door can save 0.3% ~ 2.2% energy for zone 3 ~ 8, corresponding to 1,146 kWh ~ 18,986 kWh (in energy savings).” Even further energy savings can be expected in areas that experience cold winters.

With the average price of electricity standing at $0.12, supermarkets can expect to save anywhere between $137 and $2,278 per year, according to the AMCA savings estimates. These energy savings lead to relatively quick payback periods without even factoring in potential increases in sales from the “open door effect.” Lower energy usage also translates into a smaller carbon footprint. As more and more people began to demand sustainable and environmentally-friendly practices for the businesses they choose, air curtains can be a part of a holistic sustainability vision for supermarkets.

During especially cold winters, supermarket owners can also opt to operate an air curtain with a closed door. Automatic door switches can trigger the air curtain to turn on only when the door is opened. This feature reduces the energetic cost of running the unit throughout the day while essentially adding an extra layer of insulation at doorways where most heat loss occurs.

It is imperative to correctly size the air curtain for the doors and entryways where they will be used. If the stream of conditioned air does not reach the floor of the threshold, heat transfer will occur at floor level, and effectively eliminate any potential energy savings. When properly-sized, an air curtain can retain up to 80 percent of the air that it uses and return that conditioned air to the inside of the building.

More energy-efficient buildings are also more comfortable for the employees and customers inside. Air curtains further enhance and protect the health and comfort levels of people inside supermarkets through creating a physical barrier that prevents potential contaminants, flying insects, and other unwanted elements from coming into the building. The steady stream of air over entranceways, loading docks, and other areas can stop flying insects from infiltrating a store. Furthermore, traffic fumes and other outdoor air contaminants will also be stopped by the barrier provided by air curtains. An air curtain placed over a loading dock at the back of the store, for example, could serve to protect workers from carbon monoxide fumes, especially if trucks leave the engine running during delivery.

One recent study states that “traffic congestion increases vehicle emissions and degrades ambient air quality, and recent studies have shown excess morbidity and mortality for drivers, commuters, and individuals living near major roadways.” Air quality in heavily congested areas can include contaminants such as particulate matter, Volatile Organic Compounds (VOCs), nitrogen oxides (NOx), carbon monoxide (CO), and sulfur dioxide (SO2). Air curtains, then, play an essential role in protecting the health of your customers and employees through keeping exhaust, insects, dust, and other airborne contaminants out of your store.

Lastly, air curtains can also play a significant role in improving the safety of supermarket businesses. Open doors are an obvious evacuation route in the event of fires, earthquakes, or other unexpected emergencies. Establishing open door policies help companies to abide by local fire codes without having to install additional exits. Furthermore, the increased visibility that comes with open doors can help avoid collisions that could lead to upset customers and potential liability issues. During the winter months, the blast of warm air from an air curtain also acts as a natural de-icing agent, thus helping to avoid slippery conditions at the entrance of the store.

Air curtains or air doors offer several unique and significant advantages for supermarkets, including increased customer comfort, improved health conditions, energy savings, lower environmental footprint, and enhanced sales. As a relatively low-cost investment, air curtain technology can pay for itself in a relatively short amount of time while helping supermarkets to attract and retain their clientele.

Get Your Free Guide

END_OF_DOCUMENT_TOKEN_TO_BE_REPLACED

Talk to one of our experts about how an Air Curtain from Air Door Distributors can help to cut costs, reduce pest issues and more:

END_OF_DOCUMENT_TOKEN_TO_BE_REPLACED

What is an Air Curtain?